It’s been a lovely week.  A week of relaxing while planning fun trips to places I’ve never been.  A week of remembering what it’s like to not have kids to take care of or bills to pay (they were there, we just got to ignore them for a week((the bills that is – the kids were taken care of at my parents, not ignored-just to clarify that that ignoring was completely responsible))

When Scott and I got married – 10 years ago this last January – my parents promised us a belated honeymoon for our 10 year anniversary – a week in Hawaii at their timeshare during which they would take care of our kiddos (unbeknownst to them we’d have three).  So, last week on June 6th, after their last day of school, my parents arrived to pick up the kids and swooped them away to a fun week of being spoiled by grandparents, playing with cousins, exploring new places of their own – and the next morning, Scott and I boarded a plane to Hawaii – woo!  The realization that this is the absolute first vacation we’ve had in our married life, was a little sad to note, but made the trip all the sweeter.

We played in the ocean – the WARM ocean, the CALM ocean – on paddle boards and with snorkel gear. 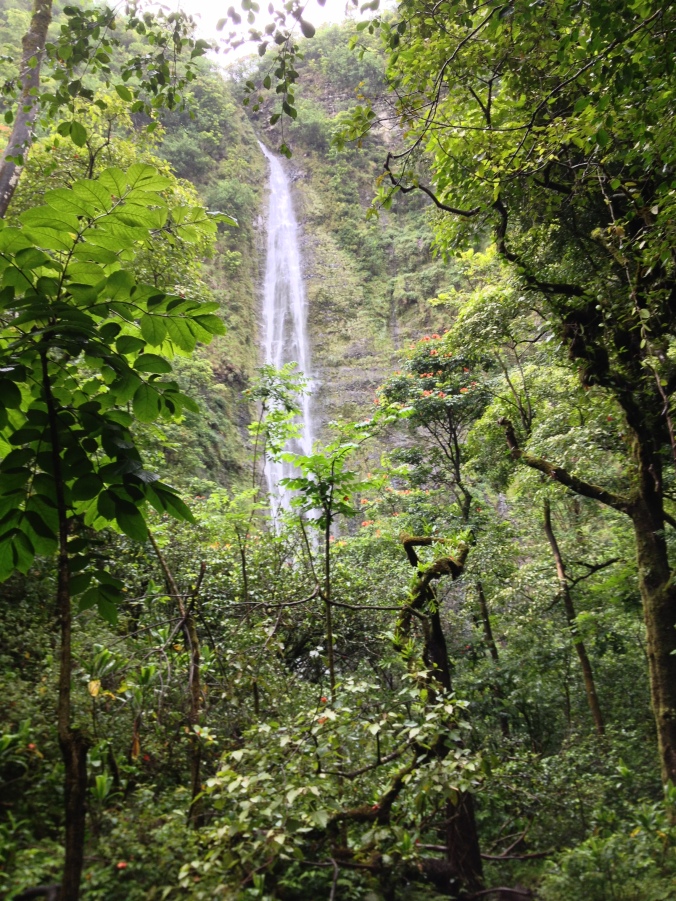 We explored Tropical plantations and hiked up the side of a volcano, through bamboo forests, in the rain, to see beautiful waterfalls. 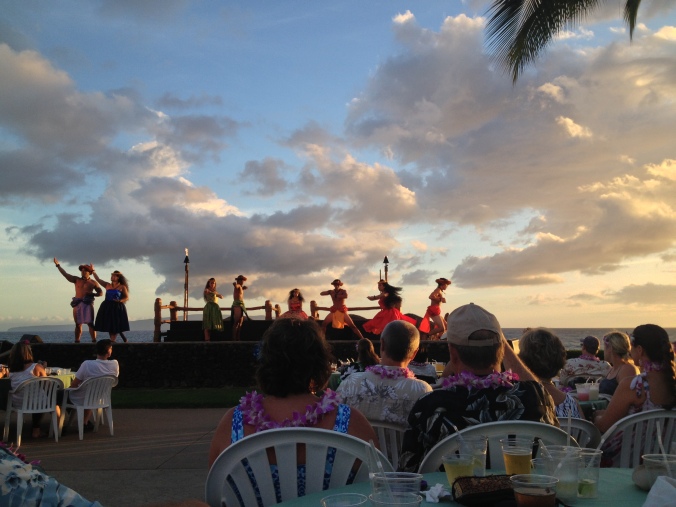 We went to a Luau and heard the legends of the Hawaiian God Maui and how the people believed he fished the islands right up out of the water. 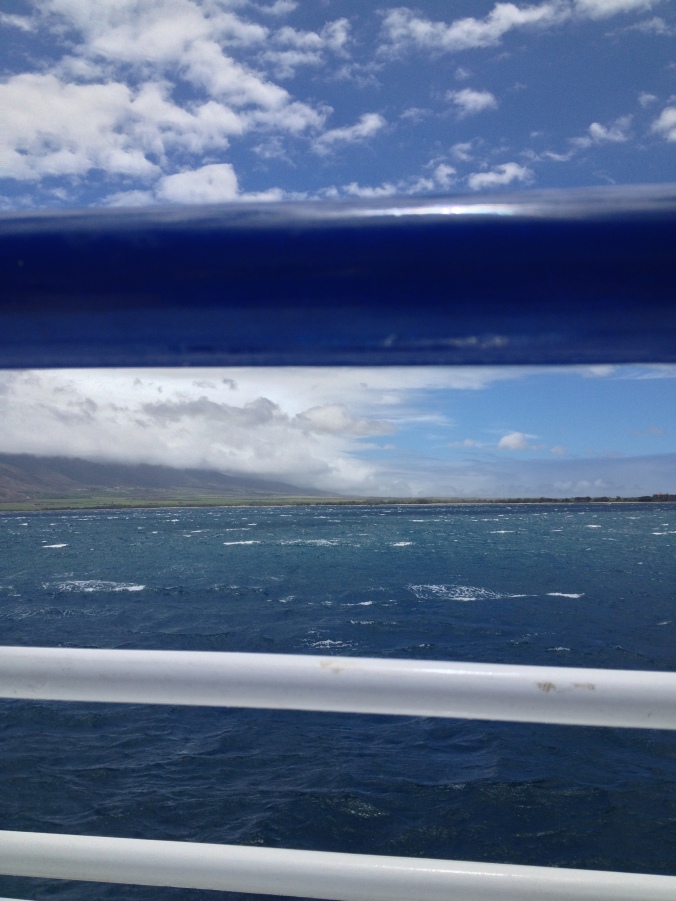 I found out that, much to my ignorance there are not just a few Hawaiian Islands – there are 137 – did you know that?!  Well, I for sure failed the trivia played during our snorkel boat trip to Molokini…..I snorkeled, and DID NOT freak out while doing so! (the second time anyway, the first time should hardly count) 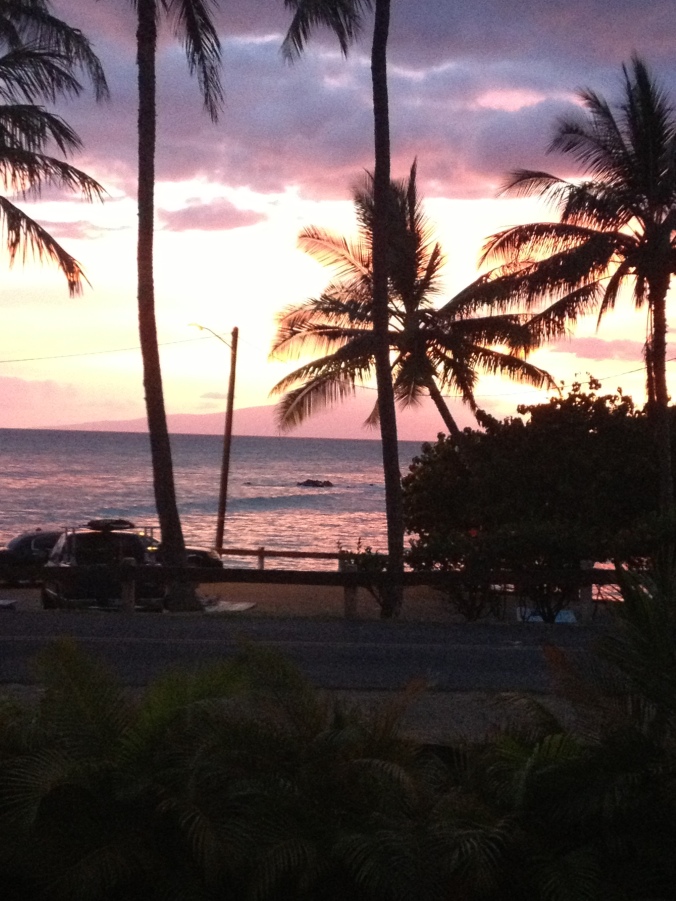 And the sunsets were as picture perfect as the postcards make them out. 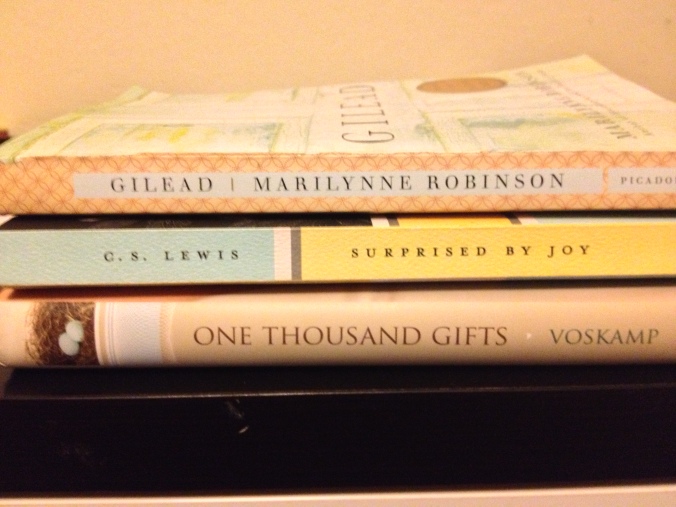 I read 3 books!  (almost – I have about a chapter left of one, and that will be finished tonight)  And the 3 books were wonderful and fed my soul in a way that I didn’t really expect them to.  They aligned in ways I didn’t expect either…thought I guess looking back, it seems that I should have known from the titles and the authors, that I would feel humbled and learn a bit about myself as well as the authors as I read.

It would seem that both Ann Voskamp and C.S Lewis are in complete agreement as to how to approach joy and to feel God-given grace and that is through gratitude and not thinking too much about being grateful, because that will of course lead to a feeling that your doing things right which leads to arrogance and defeats the whole purpose and finding grace to begin with, so yea – some quotes, because they say it better than I feel I am yet able:

“…the enjoyment and the contemplation of our inner activities are incompatible…..The surest way of spoiling a pleasure was to start examining your satisfaction” -Lewis(218)

“Joy itself, considered simply as an event in my own mind, turned out to be of no value at all.  All the value lay in that of which Joy was, the desiring.” – Lewis (220)

“Joy is a flame that glimmers only in the palm of the open and humble hand. ….The moment the hand is clenched tight, fingers all pointing toward self and rights and demands, joy is snuffed out….The demanding of my own will is the singular force that smothers out joy – nothing else.” -Voskamp (177)

“I Am blessed.  I can bless.  Imagine! I could let Him make me the gift! 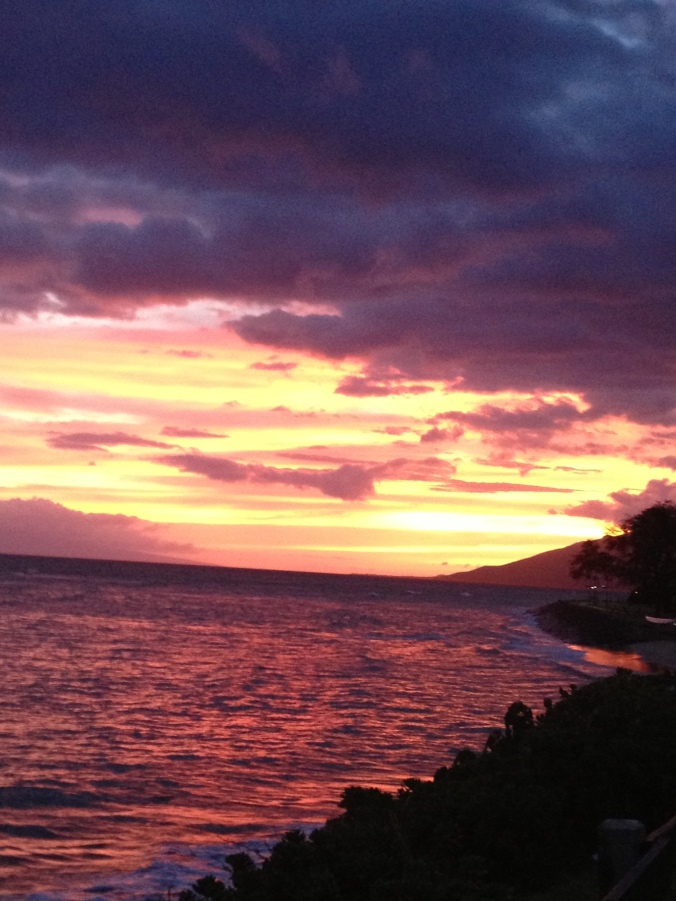 The blessings that I can pour out of my own life can come from a place of desiring joy – of desiring Shalom- of Desiring a Kingdom and realizing fully that EVERYTHING MATTERS.  And that idea – that idea which means that I need to look at life and know that everything matters and that I too matter – if I can possibly live up to even trying to be thankful and be a blessing with my life; well that’s just neat.  It makes my heart do little jumps of anxious excitement – of looking forward to trying and trying not to be so cynical to believe that all attempts will end in failure.  It’s a difficult road to try – difficult to turn my head away from cynical sarcasm which is so comfortable and shielding.  Being open and one’s self is a scary thing – it leaves you open not only to experience great  joy, but also  pain…. 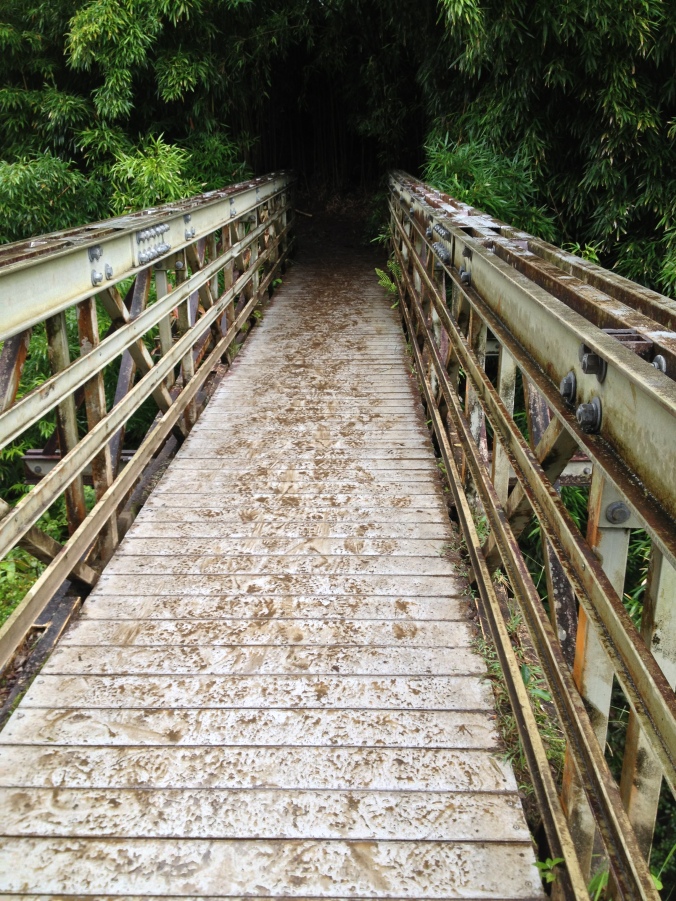 …..a bright and promising path, but one which may have to involve entering darkness in order to see the bright flames of joy…..it’s all so unclear that it makes it hard to open our clenched fists.  Easy to hide in the cynicism, no?

Also – I’d like to note that while Gilead doesn’t seem to have the same instructional and “self-realization” qualities as the other two, Marilynne Robinson has a way of portraying her characters in such a beautifully real to life way that one can experience joy and laughter (much to the dismay of the people sitting next to me on the flights I’m sure) as well as heart wrenching realities which bring one to tears.  I know – my experiences are perhaps not yours, but I’d recommend all three of  these books to almost anyone.

It also makes me a bit giddy (being a dorky English major after all) that C.S Lewis liked the same authors as I like  (he actually included the Dream of the Rood and William Langland AND George Herbert among some of his favorites….and I have not found another person who actually knows who these authors  are (save Herbert) unless I’m talking to a fellow English major!) So, as many before me I’m sure, I would have loved to sit and have a cup of tea with C.S Lewis, not to talk religion or  pick apart the allegories of his own writing(though that would be cool too), but to talk about all the things we’ve read and enjoyed and find out how our interpretations differ.  It’s one of the reasons I’ve loved being an English major- the constant conversation with people throughout history – I need to remember this as I get so easily downhearted and tend to want to give up my degree…..I’m in it for fun and darn it, I may not know how, but I’m going to try to find joy in this awful degree getting. hmph

Grace and Peace to you my friends – thanks for putting up with my rather eclectic and unorganized thoughts this evening.  🙂

One thought on “Sweet”

What day is it?